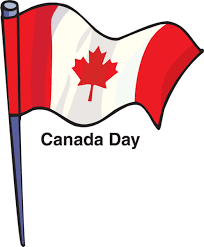 On July 1, 1867, Canada became a self-governing dominion of Great Britain and a federation of four provinces: Nova Scotia; New Brunswick; Ontario; and Quebec. The anniversary of this date was called Dominion Day until 1982. Since 1983, July 1 has been officially known as Canada Day.

What Do People Do?

In many towns and cities, municipal governments organize a range of events, often outdoors. These include pancake breakfasts, parades, concerts, carnivals, festivals, firework displays and citizenship ceremonies for new Canadian citizens. The celebrations often have a patriotic mood. Canada's national flag is widely displayed and a lot of people paint their faces red and white, which are Canada's national colors. The celebrations in Ottawa, which is Canada’s capital city, are particularly exuberant.

In the province of Quebec, many home leases start on July 1 and last for exactly one year. Hence, many people in Quebec spend Canada Day moving their possessions from one house to another. In this province, Canada Day is also known as Moving Day.

In the province of Newfoundland and Labrador, July 1 is also Memorial Day. This commemorates the heavy loss of life in the Newfoundland Regiment on the first day of the Battle of the Somme during World War I. In Newfoundland and Labrador, the morning of July 1 is usually somber. Flags are flown at half-mast and memorial services are held at cenotaphs (war memorials). In the afternoon, Canada Day celebrations in the province are similar to those in the rest of the country.

July 1 is a statutory holiday in Canada. If it falls on a Sunday, it is moved to July 2, except in Nova Scotia and in Newfoundland and Labrador. All provincial governments observe this day. Many organizations, businesses and stores are closed, although some book stores, pharmacies and gas stations may be open. Post offices are closed. As Canada Day falls in the Canadian summer holiday period, all schools are closed.

Public transport services may operate to their usual or a reduced timetable. In some areas, extra services are provided for large scale events. Street closures due to concerts, parades and festivals may cause some local disruption to traffic.

On July 1, 1867, the British North Americas Act created the Dominion of Canada as a federation of four provinces. This event is known as the confederation of Canada. The four original provinces were created from the former British colonies of Nova Scotia, New Brunswick and the Province of Canada, which was divided into the provinces of Quebec and Ontario. Canada's boundaries have been extended since 1867. The country now consists of 10 provinces and three territories.

On June 20, 1868, the Canada's Governor General proclaimed that Canadians should celebrate the anniversary of the confederation. July 1 became a statutory holiday, known as Dominion Day, in 1879. However, no official celebrations were held until the 50th anniversary in 1917 and the 60th anniversary in 1927. After World War II, Dominion Day was celebrated more frequently and more events were organized by the national government. After the centenary of the confederation in 1967, Dominion Day events became more widespread. July 1 became popularly known as Canada Day. The date was also officially known as Canada Day from 1983 onwards.

Canada Day is a federal holiday on July 1 to mark the anniversary of the date that Canada became a self-governing country.